OUTRAGE IS CONTAGIOUS...CATCH IT HERE AND BECOME A CARRIER... » About Us

Who is the eponymous Howard Beale…and why has he become the iconic symbol for outrage and political activism against the collective insanity,  the social ailments and depravity existing in the world?

So just as the opening question in Ayn Rand’s iconic Libertarian novel Atlas Shrugged, is, “Who is John Galt?” —he is no longer a person but a symbol for Libertarian ideology and unfettered free-market capitalism. Howard Beale is the liberal antithesis of Galt…raging against the inequities of a rigged system of Corporate greed and avarice.

The genesis of this website is a (futile?) attempt to channel and perhaps liberate me from some of my colossal rage at the Corpocracy and the failure of the US Government to proactively address Climate Change.

This website is designed and hosted by MetaMEDIA Communications.
Outrage is contageous…catch it here and become a carrier…

Feel free to contribute…you will be required to register before making any postings which will be moderated by mak. 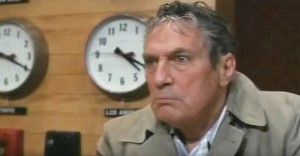 Howard Beale is a fictional character from the film Network (1976) and the central character therein. He is played by Peter Finch, who won a posthumous Oscar for the role.

In the film, Beale, the anchorman for the UBS Evening News, on the fictional UBS television network, struggles to accept the ramifications of the social ailments and depravity existing in the world he reports on; rather than give him the psychiatric assistance that some (like his friend Max Schumacher) believe he needs, his producers use him as a tool for getting higher ratings.

The image of Howard Beale, in a beige coat with his wet, gray hair plastered to his head, standing up during the middle of his newscast saying, “I’m as mad as hell, and I’m not going to take this anymore!” ranks as one of the most memorable scenes in film history, the line made #19 on the American Film Institute’s list of 100 great movie quotes.

Beale’s career as “The Mad Prophet of the Airwaves” is sparked by his half-joking offer, after receiving his two-weeks’ notice, to kill himself on nationwide TV. He subsequently apologizes to his viewers, telling them he “ran out of bullshit.” Viewers respond positively and Beale is given his own show where he can say whatever he likes. Unfortunately for the network, he exposes the ties between CCA, the corporation that owns the network, and business interests in Saudi Arabia. Arthur Jensen, CCA chairman and chief stockholder (played by Ned Beatty), thunderously explains to him his belief that money is the only true god, whereupon Beale completely turns his message around; before, he told people their lives had value and meaning, but after his meeting with Jensen, he says the opposite. His ratings drop, but Jensen orders him kept on; network executives order him to be assassinated. The film concludes with the murder of Beale on national television; a voiceover proclaims him “the first known instance of a man who was killed because he had lousy ratings.