The spirit of the troubadours of the 60’s lives on…

Join the over 1.5 million who have signed the online petition to IMPEACH TRUMP NOW! 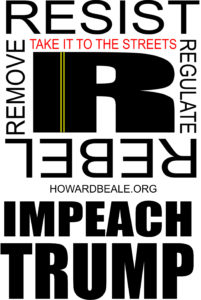 Fogitabout the adverse political  impact on the democrats and focus on the greaterr paramount issue: the rule of law and the profound negative consequences on the democracy if the spineless democrats fail to even attempt to hold DT accountable? The democrats would lose all moral authority to govern. If not this president at this time, then when?

I personally can not allow myself to be intimidated by the fear of a possible violent response by his miscreant minions to diminish my moral conviction that Trump must be held accountable and subjected to the process of impeachment…whether he is convicted or not by the Senate, or the country has tragically, and perhaps irredeemably,  lost it’s way and forfeited any moral authority on the world stage…to our allies…and more importantly, our enemies, most especially Putin and the Ruskies, the PRK and Iran.

History would not be kind to those who failed to do the right thing, to execute justice in the face of such overwhelming compelling evidence of criminal misconduct/malfeasance for fear of some adverse political consequence…including those in the HR and especially the Senate. Why do you think the democrats won the midterm HR so overwhelmingly? The people have spoken…and it will only get louder if the democrats demonstrate the courage and political will to DUMP TRUMP.

Make all of them record their vote on impeachment for history and and let the people see who voted along strictly partisan lines, then carpet bomb the airways with TV campaign ads calling them out as partisan political hacks who value party over country. This could spark a collective epiphany of voters, potentially replacing most of the 22  GOP Senate seats up for re-election in 2020 giving the democrats the trifecta in 2020 and perhaps a filibuster proof Senate majority. Then let’s clean house, including confirm a liberal Supreme Court Justice for Ginsburg, drain the swamp and reclaim the land formerly known as America.

Nobody knows what the considerable judicial power of a formal impeachment inquiry would reveal. Tax returns etc. etc. etc.. It’s just the top of the first inning. The political landscape can change almost overnight…IF…and only IF congress does it constitutionally mandated duty.

History informs and instructs us that for years nothing seems to happen…then in weeks, years can happen…

“The only thing necessary for the triumph of evil is for good men to do nothing.” — Edmund Burke.

Noli timere ! (Be not afraid)